You are here: Home / About

We represent an exclusive list of chamber music ensembles, conductors and instrumental and vocal soloists both in the United States and abroad. 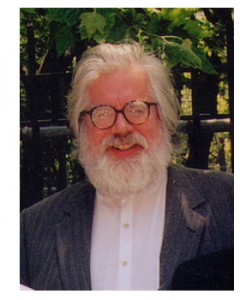 John Gingrich has been active in the not-for-profit and for-profit performing arts world for almost 45 years and was honored by the Association of Performing Arts Presenters with the Fan Taylor Award for service to the field in 1992. He founded John Gingrich Management in 1983 after many years of experience in management, booking and public relations with S. Hurok, Sheldon Soffer and Harold Shaw.

Beginning as the first graduate assistant with Penn State’s Artists Series, John moved to New York where he’s served as president of Concert Artists Guild (CAG), Opera Managers Association, the National Association of Performing Arts Managers and Agents (NAPAMA), and the Association of American Dance Companies (AADC) – predecessor of Dance USA. He was the first commercial agent to serve on a National Endowment for the Arts review panel (1983 with four more to follow). He also was board secretary for Chamber Music America (CMA) and Dance Perspectives Foundation, while remaining active in a wide range of civic, church and cultural activities. A career highlight was the production of the AIDS Quilt Songbook at Lincoln Center in June 1992.