Since its founding in 1970, the Naumburg-Award winning Da Capo Chamber Players has established itself as one of the foremost chamber ensembles in the United States. Hailed for its “agile, hair-raising” performances (The New York Times, 2005), Da Capo has long been a leader in contemporary music, pointing with pride to more than 100 works written especially for the ensemble.

Recent and upcoming highlights include critically-acclaimed performances of the music of George Perle and Arnold Schoenberg, music of George Crumb and Joan Tower (a unique collaboration with mime artist Yass Hakoshima), and CD recordings of music by composers Chinary Ung, Brian Fennelly, and Judith Shatin. 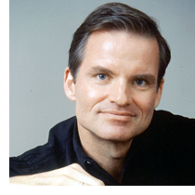 Praised by The New York Times for his “thrilling virtuosity”, violinist Curtis Macomber is recognized as one of the most versatile musicians before the public today, equally at home playing Bach or Babbitt. He has performed in hundreds of premieres of works by Elliott Carter, Mario Davidovsky, George Perle, Charles Wuorinen, and Steven Mackey, among others. From 1982-93, he toured the United States and abroad as a member of the New World String Quartet. Macomber is violinist for the Da Capo Chamber Players, a founding member of the Apollo Trio and violinist for Speculum Musicae. His most recent recordings include Casting Ecstatic (CRI), the complete Grieg Violin Sonatas on Arabesque, and music of Steve Mackey (Interior Design) and the complete Brahms Sonatas, both for Bridge. Macomber is a member of the chamber music faculty of the Juilliard School, where he earned B.M., M.M., and D.M.A. degrees as a student of Joseph Fuchs. He is also on the violin faculty of the Manhattan School of Music, and has taught at the Tanglewood, Taos and Yellow Barn Music Festivals. 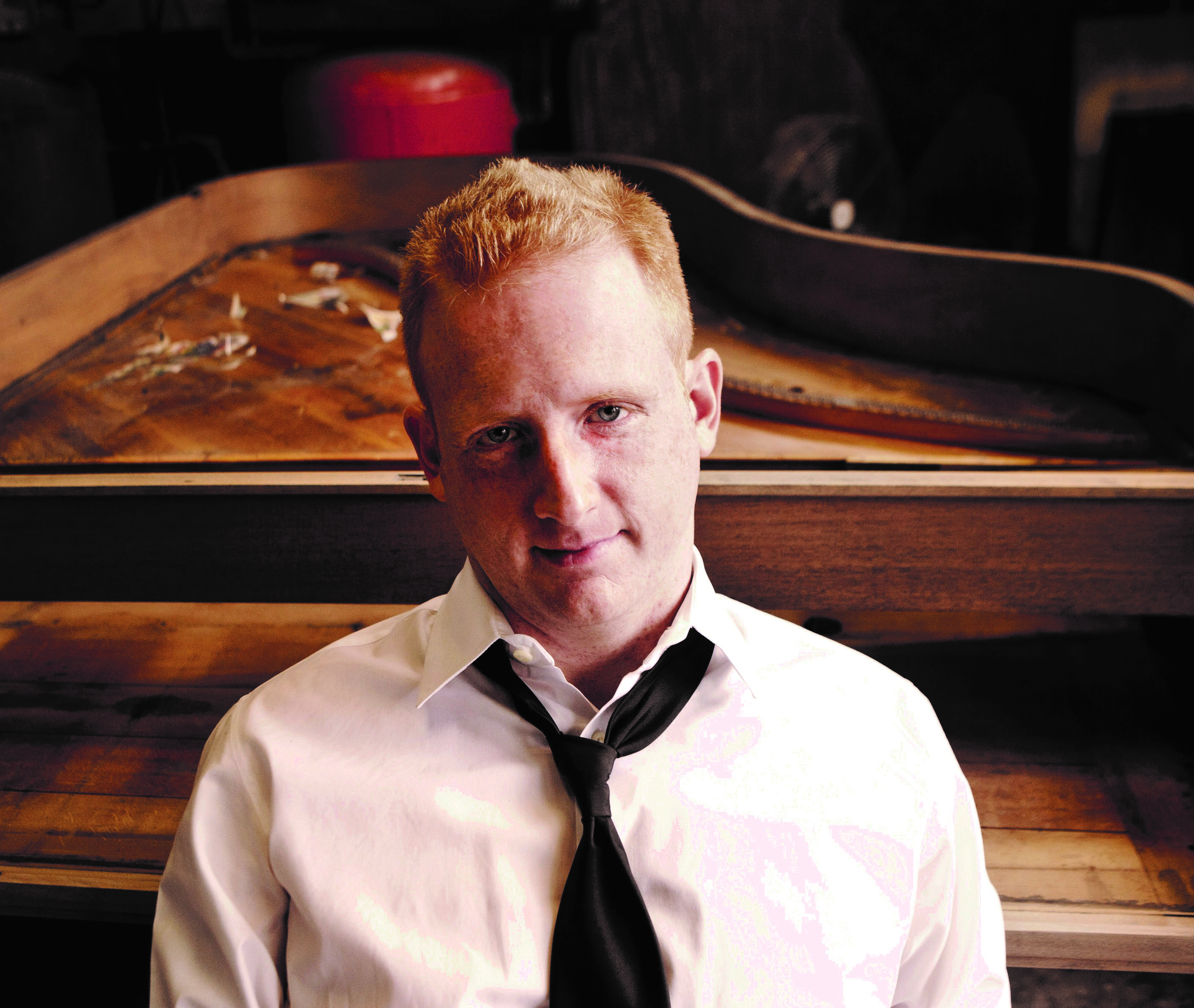 Pianist Steven Beck continues to gather acclaim for his performances and recordings. Recent career highlights include performances of Beethoven’s variations and bagatelles at Bargemusic, where he first performed the Beethoven sonata cycle. In addition, this season he performs with the Orlando Philharmonic and repeats his annual performance of Bach’s “Goldberg Variations” on Christmas Eve at the Barge; this has become a New York institution.

Steven Beck is an experienced performer of new music, having worked with Elliott Carter, Pierre Boulez, Henri Dutilleux, Charles Wuorinen, George Crumb, George Perle, and Fred Lerdahl, and performed with ensembles such as Speculum Musicae and the New York New Music Ensemble. He is a member of the Da Capo Chamber Players, the Knights, and the Talea Ensemble. He is also a member of Quattro Mani, a piano duo specializing in contemporary music.

Mr. Beck’s discography includes Peter Lieberson’s third piano concerto (for Bridge Records) and a recording of Elliott Carter’s Double Concerto on Albany Records. The debut CD of his chamber ensemble “Pleasure is the Law” was released on Boston Records in 2009. 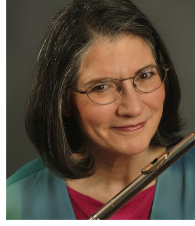 Historic career peaks for flutist Patricia Spencer include premieres of Elliott Carter’sEnchanted Preludes, Karlheinz Stockhausen’s Kathinkas Gesang (US premiere), Harvey Sollberger’s Riding the Wind, and Shulamit Ran’s concerto, Voices. In August 2009 she gave the world premiere of Shirish Korde’s Lalit, written for her and renownedtabla player Samir Chatterjee. Other career highlights include the Boulez Sonatine for the Bard Music Festival, Joan Tower’s Flute Concerto for the National Flute Association Convention in Nashville, and a guest appearance with the Avalon String Quartet in Mario Davidovsky’s Quartetto for the Washington Square Music Society.  Recent New York Times reviews have cited her work in Tania León’s Alma, and her “passionate, warm-blooded performance” of the Berio Sequenza. Spencer has commissioned dozens of pieces, including Thea Musgrave’s now-classic Narcissus and Judith Shatin’s Kairos(Neuma Records). Ms. Spencer has received awards from the National Endowment for the Arts, the Mary Flagler Cary Charitable Trust, and the Aaron Copland Fund for Music. She teaches flute and chamber music at Bard College and Hofstra University. 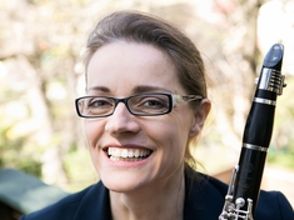 Clarinetist Marianne Gythfeldt has distinguished herself in chamber music, orchestral and contemporary music performance on the international stage. She has played a central role in the music scene of New York City over the past 25 years as an ensemble player, an electroacoustic music soloist, and educator. Winning the Naumburg chamber music award with New Millennium Ensemble in 1995 launched a wide-ranging career as clarinetist with Ensemble Sospeso, SEM ensemble, Absolute Ensemble, Collide-o-scope Music, Zephyros Winds and Talea Ensemble. As a freelance performer, she has performed with Orpheus Chamber Orchestra and the Orchestra of St. Luke’s, and many others. Academic positions include William Paterson University, the University of Delaware and Brooklyn College where she is currently head of woodwinds. Ms. Gythfeldt’s recent solo CD release of electroacoustic works written for her on the New Focus label was called “…stunning, Gythfeldt is setting a new standard for her instrument here.” Marianne can also be heard on recordings by CBS Masterworks, CRI, Albany, Innova, New World Records, Koch and Mode Records. 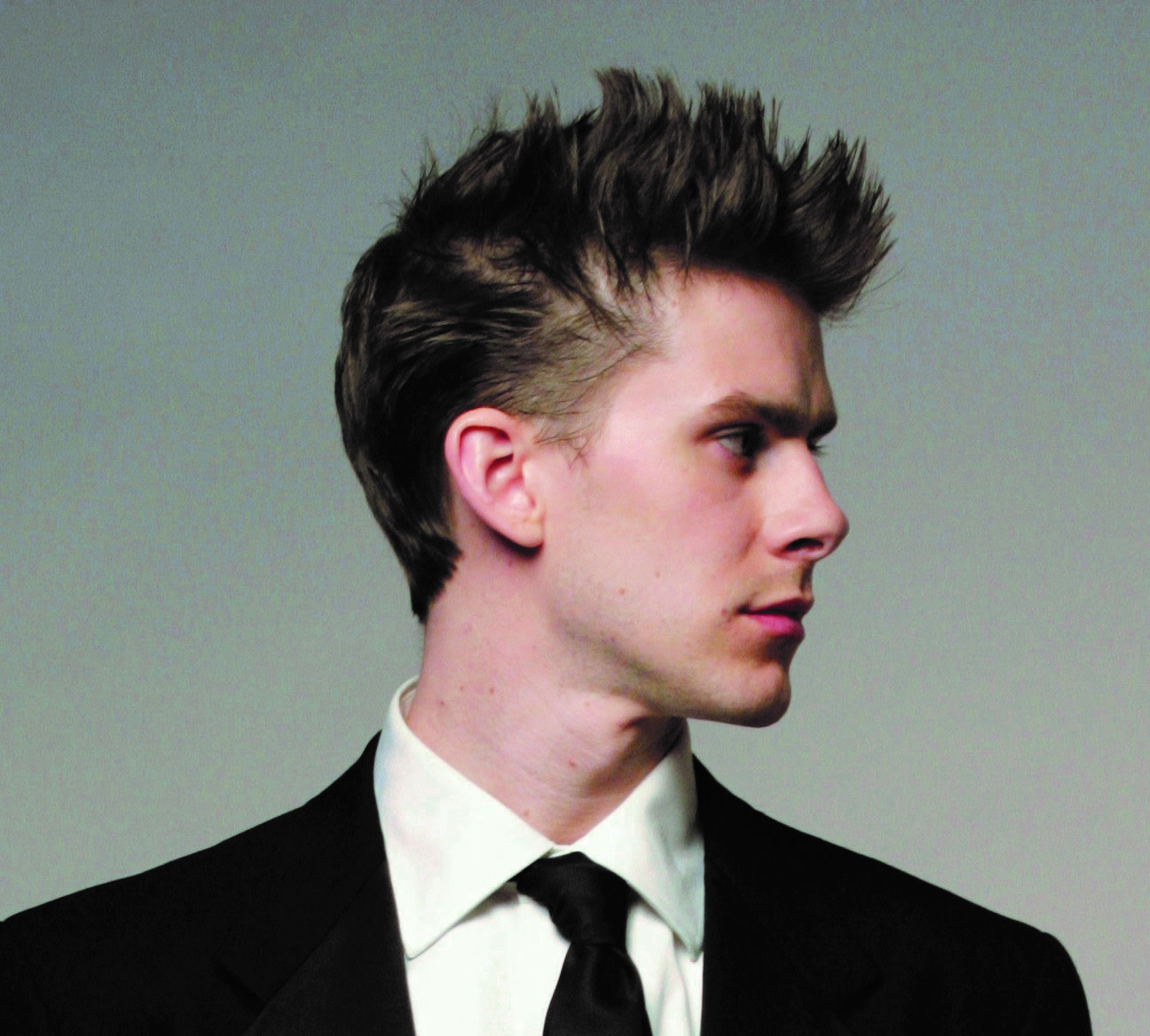 Chris Gross is an active performer in the New York contemporary classical scene, having premiered works by Pierre Boulez, John Zorn as well as Milton Babbitt’s work for solo cello More Melismata. Following his performance of Brian Ferneyhough’s Time and Motion Study II for cello and electronics, The New York Times wrote that “…for 20 minutes this skinny young cellist…seemed like a musical master of the universe….”

​He is a founding member of the Talea Ensemble, whose recording of works by Faust Romitelli received recognition as one of the Top 10 Classical Albums of 2012 by TimeOut NY, and he has appeared as a guest with various ensembles including I.C.E., Cygnus, Flux Quartet, and at venues including Weill Recital Hall, Alice Tully Hall, Disney Hall, and Bargemusic.

Also active as an educator, Chris Gross is on faculty at Lehigh University and is a Teaching Artist with the New York Philharmonic. He has participated in numerous residencies at universities across the country, and given lectures on contemporary string performance at Harvard University and Brooklyn College. He is currently a C.V. Starr Doctoral Fellow at The Juilliard School, completing his dissertation on the cello works of Charles Wuorinen.

Jeffrey Mumford: The Focus of Blue Light – a diffuse light that know no particular hour
written for the Da Capo Chamber Players with a commissioning award from the Amphion Foundation

A CD Re-issue of this recording, titled ” Voices from Eleysium” is available.

“The Da Capo players were in fine shape. Their reading of “Black Angels,” one of Mr. Crumb’s most powerful, haunting works, drew on both the violence and the mystery in the score. The group did full justice to the extended timbres in “Vox Balaenae,” and to the more conventional shimmer of “Petroushskates.” Meighan Stoops, the ensemble’s clarinetist, had a star turn in Ms. Tower’s “Wings” (1981) and André Emelianoff, the cellist, and David Bowlin, the violinist, played unaccompanied interludes between some of the pieces. ”

“Curiously and, as it turned out, interestingly the Da Capo players avoided works in which Mr. Perle’s lyricism was especially evident. Instead, they illuminated his humorous, playful side in performances that were consistently agile and transparent.”

“Marking four decades of work including over 100 commissions, the Da Capo Chamber Players celebrated that milestone with a prototypical mix of new works and greatest hits, ending with an early 20th-century landmark that they do about as well as anyone, anywhere… Among its technical demands: pianist Blair McMillen effortlessly navigated a piano part with his left hand while fingering a celesta with his right. With the superb Jeremiah Campbell as guest cellist, sparkling ensemble passages alternated with paragraphs of thundering violence, and the composer [Keith Fitch] was on hand to acknowledge the appreciative response. Ms. Tower was represented by two strong works, starting with And…They’re Off! for violin, cello and piano, with violinist Curtis Macomber, Mr. Campbell and Mr. McMillen stirring up a small tornado. And later in the program, Da Capo’s veteran cellist André Emilianoff joined McMillen for the stirring Très lent (Hommage à Messiaen), a moody homage to the composer’s Quartet for the End of Time.”

“With an electronic “pseudo-canned drumbeat” as anchor, Eric Moe’s Hey Mr. Drummachine Man offered pianist Blair McMillen the chance to show his considerable chops as well as his sense of humor. The slightly cheesy beat jumps right in, then continues inexorably as the pianist rides above it — sort of ‘Bartók meets techno’… Patricia Spencer offered sensitive playing to complement Pritsker’s waves of perpetual motion, creating a dreamlike landscape of fluttering, twittering sounds, breathing and eerie vocals… With Mr. McMillen in rapturous form on piano, Bowlin expertly characterized the work’s rhapsodic, not-quite-tonal episodes, all imbued with a slightly melancholic tone — gorgeous.”

“The performance…could not have been more gripping.”

“distinguished ensemble . . . at the center of the New York new-music scene for forty-five years”

“[Oracle] alone is worth the acquisition of this disc, in which the Da Capo Chamber Players do full justice to Ung’s musical vision and are recorded with the requisite clarity and definition.”

“the Da Capo musicians built the climactic ending into a ferocious onslaught, bringing the underlying tragedy of the work fully to the fore” 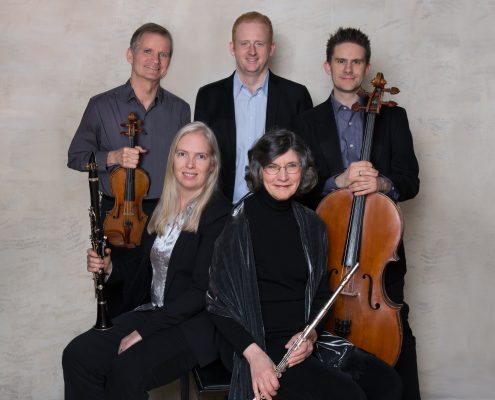