Gary Sheldon returns to Miami City Ballet in his second season as principal conductor, following outstanding acclaim in his first – “impressive debut” (South Florida Classical Review); “fine performance” (Miami Herald). Maestro Sheldon is the winner of the 2010 American Prize in Orchestral Conducting, awarded for his performances conducting the Lancaster Festival Orchestra in William Bolcom’s music on the CD “Ragomania” with clarinet soloist Richard Stoltzman. Sheldon is former principal guest conductor for the San Francisco Ballet and conductor for Ballet Met in Columbus, Ohio.  He is also former music director of the Marin Symphony in California, where he received the Distinguished Citizen Award from the Marin Cultural Center and Museum. Sheldon has guest conducted major orchestras including the BBC Symphony – London, Louisville Orchestra, Montreal Symphony, St. Louis Symphony, St. Paul Chamber Orchestra and Utah Symphony. He is currently artistic director of the Lancaster Festival in Ohio and principal conductor at the Festival at Sandpoint in Idaho. He is a native of Bay Shore, New York and a graduate of the Juilliard School.

“Conductor Gary Sheldon transformed the Columbus Symphony Orchestra into a true partner to the dancers in every way, with seemingly ideal tempos and a flair for excitement, surely one reason the company moved so musically from beginning to end. Last night’s performance was artistic collaboration at its best. ” – Barbara Zuck, The Columbus Dispatch

“Gary Sheldon conducted, and the music was rapturous.”

“In an evening of stellar performances, some of the best came from the orchestra pit as live music again resounded at the company’s performances. Gary Sheldon made an impressive debut as principal conductor.” 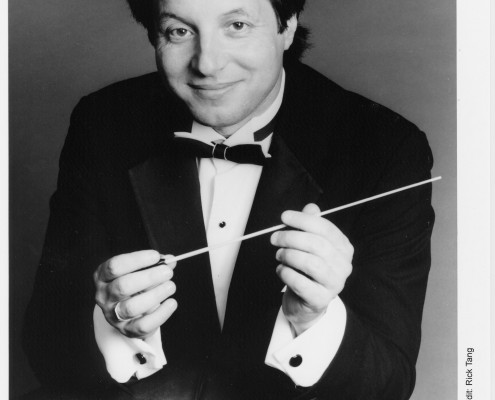