“Adventurous and passionate” (The New Yorker) Ukrainian-born American pianist Inna Faliks has established herself as one of the most exciting, committed, communicative and poetic artists of her generation.  Faliks has made a name for herself through her commanding performances of standard piano repertoire,  as well genre-bending interdisciplinary projects, and inquisitive work with contemporary composers.  After her acclaimed teenage debuts at the Gilmore Festival and with the Chicago Symphony Orchestra, she has performed on many of the world’s great stages, with numerous orchestras, in solo appearances, and with conductors such as Leonard Slatkin and Keith Lockhart.  Faliks is currently Professor of Piano and Head of Piano at UCLA.   Critics praise her “courage to take risks, expressive intensity and technical perfection” (General Anzeiger, Bonn), “remarkable insight” (Audiophile audition) “poetry and panoramic vision” (Washington Post), “riveting passion, playfulness” (Baltimore Sun) and “signature blend of lithe grace and raw power” (Lucid Culture.) Her October 2014 all-Beethoven CD release on MSR classics drew rave reviews: the disc’s preview on WTTW called Faliks “High priestess of the piano, concert pianist of the highest order, as dramatic and subtle as a great stage actor.”  Her previous, critically acclaimed CD on MSR Classics, Sound of Verse, was released in 2009, featuring music of Boris Pasternak, Rachmaninoff and Ravel. Her discography also includes a recital recording for the Yamaha Disklavier label, Chopin solo and cello sonatas recording with cellist Wendy Warner, and well as “Polonaise-Fantasie, Story of a Pianist” for Delos – a recital of short piano works from Bach to Chopin and Carter, combined with autobiographical essays written by Faliks.

Ms. Faliks’s distinguished career has taken her to thousands of recitals and concerti throughout the US, Asia, Europe and the Middle East.  Highlights  of the recent seasons include performances in Ravinia Festival and the National Gallery in DC, recital tours of China, with appearances in all the major halls such as Beijing Center for Performing Arts, Shanghai Oriental Arts Theater and Tianjin Grand Theater, as well as acclaimed performances at the Festival Intenacional de Piano in Mexico,  in the Fazioli Series in Italy and in Israel’s Tel Aviv Museum, at Portland Piano Festival and with the Camerata Pacifica, with the modern dance troupe Bodytraffic at the Broad Stage Santa Monica, and Jacaranda Series in Los Angeles, where she performed Rzewski’s The People United Will Never Be Defeated. Faliks has been featured on WQXR, WNYC, WFMT and many international television broadcasts, and has performed in many other major venues, such as Carnegie Hall’s Weill Concert Hall,  Metropolitan Museum of Art, Paris’ Salle Cortot, Chicago’s Symphony Center, Moscow’s Tchaikovsky Hall and in many important festivals such as Verbier, Newport, Portland International, Music in the Mountains, Mondo Musica Cremona, Brevard, Taos, International Keyboard Festival in NYC, Bargemusic, and Chautauqua.

She is regularly engaged as a concerto soloist nation-wide: recent appearances include Beethoven 4th with Minnesota Sinfonia, Peninsula Festival, where she played the 1st and 3rd Prokofiev Concerti in the same half of the program with Victor Yampolsky,  Rachmaninoff 2nd concerto with Dmitry Sitkovetsky and Greensboro Symphony Gershwin Project with Daniel Meyer and the Erie Symphony, Clara Schumann Concerto at Wintergreen Festival, Robert Schumann Concerto with Miami Symphony. Her chamber music partnerships include work with Gilbert Kalish, Ron Leonard, Fred Sherry, Ilya Kaler, Colin Carr, Wendy Warner, Clive Greensmith, Antonio Lysy, and others. Faliks is a founding member of the Hollywood Piano Trio, with Roberto Cani, Concertmaster of LA Opera, and Robert deMaine, Principal Cellist of the LA Philharmonic.

Faliks is the founder and curator of the of the Manhattan Arts Council award winning poetry-music series Music/Words, creating performances in collaboration with distinguished poets.This has been described as “surreal, impactful, and relevant” (Lucid Culture). Her long-standing relationship with WFMT radio has led to multiple broadcasts of Music/Words, which she had produced alongside some of the nation’s most recognized poets in performances throughout the United States. An artist known for his versatility, Faliks is equally at home with standard repertoire, rare and new music, and interdisciplinary performances.  She recently co-starred with Downton Abbey star Lesley Nicol in “Admission – One Shilling”, a play for pianist and actor about the life of Dame Myra Hess, the great British pianist.  Most recently, she is touring with her autobiographical recital-monologue, “Polonaise-Fantasie, the Story of a Pianist” throughout the US and Canada.  Constantly in dialogue with today’s composers, she has had works composed for her by Timo Andres, Billy Childs, Richard Danielpour, Paola Prestini, Ljova, Clarice Assad, Peter Golub, and many more. She was the winner of many prestigious competitions, including Hilton Head International Piano Competition and International Pro Musicis Award.

Faliks is internationally in demand as an Artist Teacher, and frequently adjudicates competitions gives masterclasses and travels to Artist Residencies in major conservatories and universities around the world. Her past teachers included Leon Fleisher, Boris Petrushansky, Gilbert Kalish, Ann Schein, and Emilio del Rosario. Inna Faliks is a Yamaha Artist.

“I was not familiar with Inna Faliks until now, and neither apparently is our site, but one hopes that the newfound acquaintance will be developed further. She is a remarkable Ukrainian pianist with chops to burn, a forceful technique and extremely attentive spirit to that of Beethoven. This is a fine recital in warm, resonant sound that highlights the clarity and reasonable sense of balance and voicing that Faliks brings to the instrument. With a desirable program to boot, this is an easy item to recommend.”

“A delight to hear. Riveting…warmly poetic.”
– The Baltimore Sun

“A keen combination of expressive acuity and textual clarity… Faliks plays [the Pasternak] with the same concentration and attention to detail that she applies to the Ravel – beautifully limned and paced… Intensely felt, her Rachmaninov abounds in poetic phrasing and finely gauged drama.”
– Donald Rosenberg, Gramophone, March 2010

“Inna Faliks…offer[s] the original version of the sonata. Just in case that was not enough to prove her technical mastery of the piano, she gives us a very respectable rendition of Ravel’s Gaspard de la Nuit. She also offers some previously unrecorded works of the Russian poet Boris Pasternak… The Pasternak is some- what interesting music … It gets a persuasive performance and is certainly worth a listen or two. She is a powerful pianist, with technique to burn… she has a wonderful variety of tone colors at all dynamic levels. Her Ravel is reminiscent of Argerich —not quite there yet, but very close. The Rachmaninoff reminds me of the early Van Cliburn recording made in Russia, with a little more boldness and a little less finesse… she has all of the traits for a major international career.”
– American Record Guide, January / February 2010

“Bearing the title ‘Sound of Verse,’ here is a CD containing a program intelligently planned, exceptionally well played, and superbly recorded… Faliks…more than proves her mettle in one of the most technically daunting pieces of piano music ever written. This disc is strongly recommended, not just for its imaginative and unusual program, but also for Faliks’s distinguished playing and for MSR’s excellent recording.”
– Jerry Dubins, Fanfare, January / February 2010

“Her competition in the big pieces is formidable. I find a couple of these variations rare examples of Beethoven’s musical humor — and Faliks does not miss them. Faliks captures the turbulent aspect of the first movement just right. From the stately theme to the jazzy dance elements of the middle variations to the heaven-bound trills in the upper reaches of the piano, II balances perfectly.  Rarely have performances measured up to the music as well as here.”

“A concert pianist of the highest order, Inna Faliks can be as dramatic or as subtle as a great stage actor.”

“A soloist in total command of her instrument … Inna Faliks’ piano playing will have you shouting bravo to the radio!”

“Ukrainian-born, Inna Faliks is a pianist as brimful of ideas as she is endowed with talent. She draws a tone of deep sonority from her Yamaha piano, and one senses in her playing a technique of such reserves that she doesn’t even have to call on all of it for these works. That allows her to concentrate on matters of interpretation and communication, which, in the former case is penetrating, and in the latter, extraordinary.”

“A fierce performance; energetic, determined, and perfect … Inna Faliks takes command of the instrument, molding it in her unique, personal style that clearly has its origins in the Russian school and is fully capable of interpreting the Polonaise op. 89 in a way that totally annihilates any accusation of frivolousness, revealing a new Beethoven.”

“In a programme-note introducing her new solo disc, “Sound of Verse” pianist Inna Faliks states that she was inspired by literature and poetry in choosing the repertoire. What’s also intriguing about the recording is Faliks’ prowess in rendering each piece with a keen combination of expressive acuity and textural clarity…Faliks, a Ukrainian-born American pianist, plays these (Pasternak) pieces with the same concentration and attention to detail that she applies to the Ravel-beautifully limned and paced – and to Rachmaninov’s Piano Sonata # 2 in the original 1913 version. Intensely felt, her Rachmaninoff abounds in poetic phrasing and finely gauged drama.”

“A powerful pianist with technique to burn, a wonderful variety of tone colors at all dynamic levels.”

“Sometimes a concert is so graceful and so unusual that it must be mentioned. … [Faliks] handled everything deftly, displaying speed and her formidable technique throughout.” 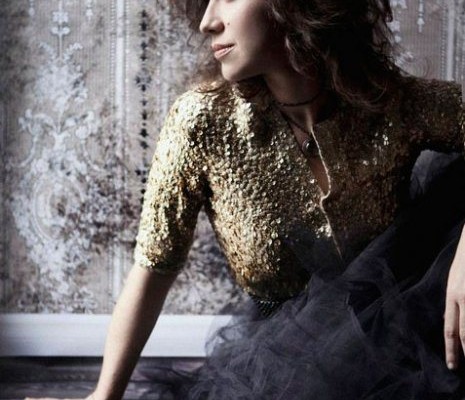 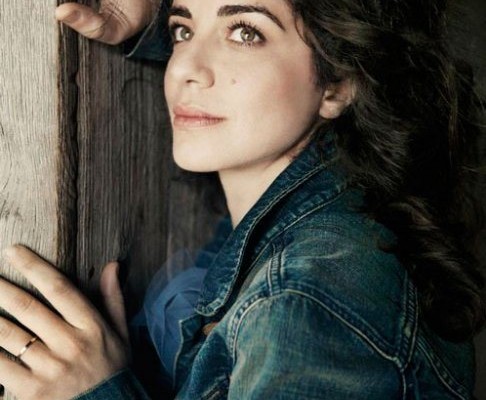 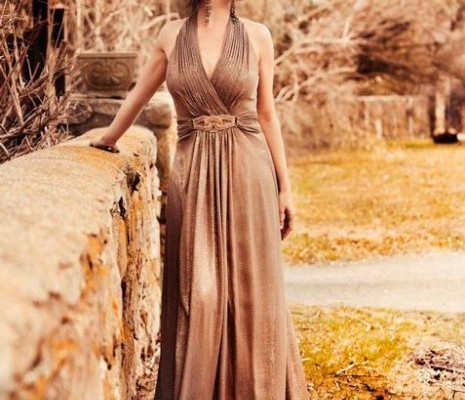 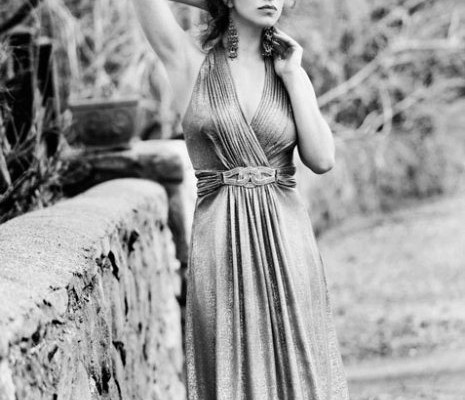 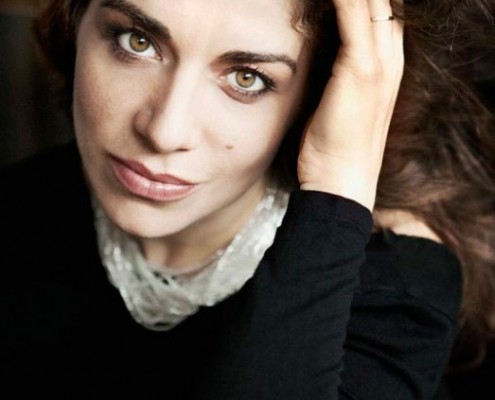 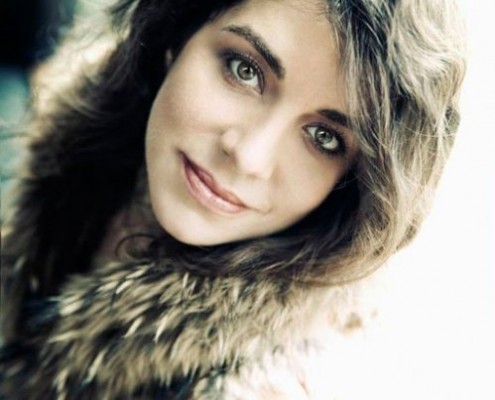 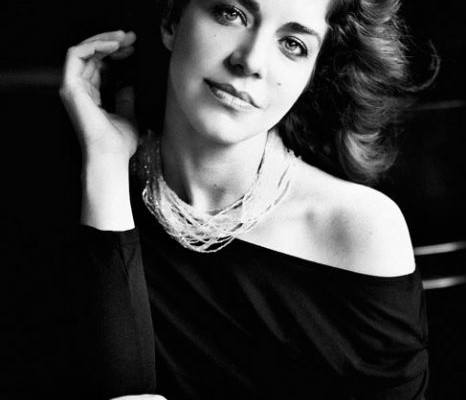 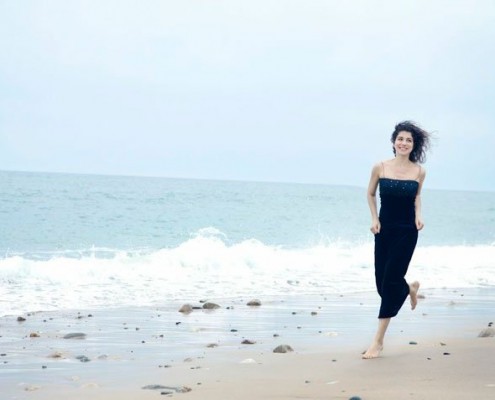 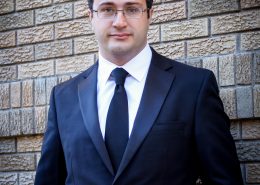 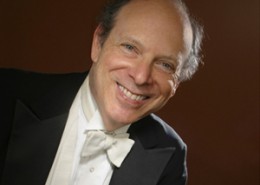 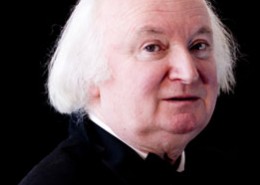 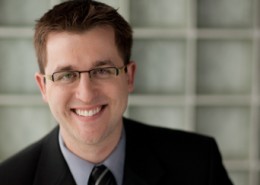 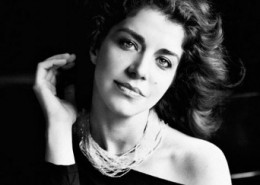