Violinist Jinjoo Cho has captured numerous awards and captivated audiences around the world, but is exploring new ways to bring classical music to young audiences in Asia and North America. She has won a number of distinguished awards, including the Gold Medal at the 2014 International Violin Competition of Indianapolis, the First Prize and Orchestra Award at the 2010 Buenos Aires International Violin and first prizes in competitions from Montreal, China and Aspen.

A passionate teacher, Jinjoo is on the violin faculty at the Schulich School of Music at McGill University and has previously taught at the Cleveland Institute of Music and Oberlin Conservatory. She is also the Founder/Artistic Director of ENCORE Chamber Music, an intensive summer training program for talented young performers in Cleveland, and regularly gives master classes worldwide.

She completed her Bachelor of Music studies at both the Curtis Institute of Music and the Cleveland Institute of Music, where she studied with Joseph Silverstein, Pamela Frank and Paul Kantor. She received her Master of Music and Professional Studies degree from the Cleveland institute of Music, where she studied with Jaime Laredo. She has coached with and participated in masterclasses from an astonishing list of classical music notables including Itzhak Perlman, Donald Weilerstein, Arnold Steinhardt, Peter Wiley, Samuel Rhodes to name just a few. She has created a duo with her pianist Daniel H.S. Kim which has also toured extensively, while pursuing seldom played works and contemporary repertoire.

“Violinist Jinjoo Cho is a discovery. Ms. Cho has it all – brilliant technique, musicality, passion, intelligence, flair, and an engaging stage presence. It is always exciting to hear an important debut at Carnegie Hall, but when a young performer “knocks one out of the park” as they say, it is simply electrifying. Her excellent collaborator, Hyun Soo Kim, deserves high praise as well.

Ms. Cho opened her entire program with Joan Tower’s String Force, commissioned by the International Violin Competition of Indianapolis as the compulsory work for the sixteen semifinalists in their 2010 competition and dedicated to the contest’s director Jaime Laredo. It was a great introduction to this young violinist, who needs no accompaniment to keep her audience riveted – and needed no score either, a powerful statement of commitment that stands out from the usual.

Musicians often fall into niches, whether modern, “early”, neo-Romantic, etc., so somehow Ms. Cho’s program emphasis on contemporary composers did not prepare me for her exceptional Schumann performances that followed. One might peg her as a Romantic solely on the basis of them, if one had not just witnessed her mastery of much newer fare. First came the Three Romances for Violin and Piano, Op. 22 by Clara Schumann, played with devotion and beautifully sensitive phrasing. Next was Robert Schumann’s Sonata in D minor, Op. 121 (reviewed in another violinist’s recital less than two weeks ago), also superb. With the easy flow that is possible only when the technical elements have become effortless, the piece soared. Especially refreshing was Ms. Cho’s grasp of its sprawling shape and maintaining of momentum accordingly.

Speaking of stamina, Ms. Cho’s was mind-boggling. The Corigliano Sonata followed. This Sonata is an established part of the violin repertoire by now, having been composed in 1963, but Cho’s energetic performance made it brand new for this listener. For full disclosure, to say I love this piece would be an understatement – I am completely smitten by it – but Ms. Cho captured its fire and lyricism especially wonderfully.

Speaking only about the debut, what I heard showed preternatural gifts, phenomenal stamina, and passionate commitment; to possess all of these may indeed be unfair (apart from the hard work), but evidently the disgruntled will need to take their complaints up with a higher power.

“To hear Jinjoo Cho Friday night at Dallas City Performance Hall was to know why the young Korean-born violinist has won top prizes in major competitions, including those of Indianapolis, Montreal and Buenos Aires. Presented by Chamber Music International, with pianist Hyun Soo Kim, she pretty much had it all: brilliant virtuosity, a visceral feeling for rhythm and, when called for, natural lyricism.

Right from the start of Dvorák’s Four Romantic Pieces, it was clear that a special kind of musicianship was at work. Cho phrased the three songlike pieces as sensitively as a fine singer and gave an apt spring to the dancelike second piece.

Then, in dramatic contrast, came mid-20th-century American maximalism, via John Corigliano’s 1963 Violin Concerto. Here was everything but the proverbial kitchen sink: music throwing off elbows in every direction, bluesy lyricism and hell-bent-for-leather virtuosity. There were daring leaps into the stratosphere, double-stops, slides and gleaming harmonics.

After intermission we time-traveled back to the richest flowering of late romanticism, in Richard Strauss’ early Violin Sonata. Soaring melodies and succulent harmonies were savored with the greatest warmth. Passion, eloquence, brilliance, delicate detail: It was all there, from both players. 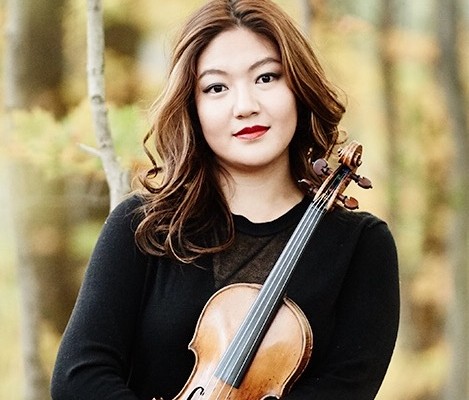 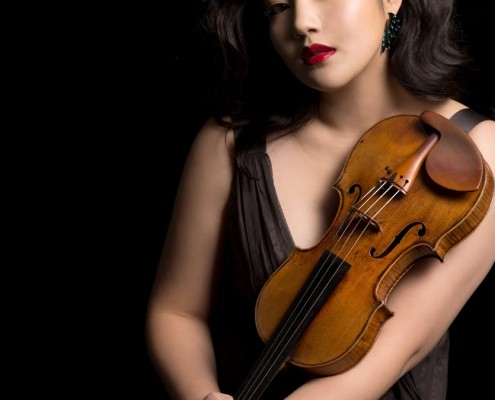 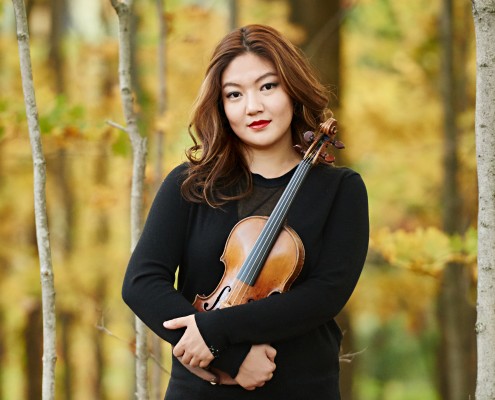