Steven Rickards has received international acclaim as one of America’s finest countertenors. After performing in the premiere of John Adams’s oratorio El Nino at the Chatelet opera in Paris, he has sung with the Adelaide Symphony, the BBC Philharmonic, the Deutsches Symphonie Orchester, the Los Angeles Philharmonic, San Francisco Symphony, the Tokyo Symphony, and the Malmo Opera (Sweden). His schedule of performances has included frequent appearances Joshua Rifkin and the Bach Ensemble as well as The American Bach Soloists, Chanticleer, Ensemble Voltaire (formerly Ensemble Oubache), the Gabrieli Consort, Chicago’s Music of the Baroque, the New London Consort, The St. Paul Chamber Orchestra, the Seattle Baroque Orchestra, the Opera Company of Philadelphia, The Santa Fe Opera, and the symphony orchestras of Indianapolis, Pittsburgh, San Francisco, and St. Louis and Tokyo. He has sung at Carnegie Hall with the Oratorio Society of New York, and in France as a soloist with The Festival Singers under the direction of Robert Shaw. His current ensemble Echoing Air, presents programs of Purcell and other pre-Baroque Composers in the U.S and Great Britain. Steven currently lives in Indianapolis where he teaches singing at Butler University and the University of Indianapolis.

Among the vocal soloists,countertenor Steven Rickards was a standout. His unique plaintive vocal timbre and superb musicianship were the essence of great singing.

Anyone familiar with the fragmented sounds of the Italian Avant garde will feel at home. Bruno Moretti, a leading Italian composer and conductor, has written a fine commissioned score, which he played on stage on a grand piano. Albert Regni, principal saxophonist with the New York Philharmonic and the City Ballet, and Steven Rickards, as a splendid countertenor, contributed to the variety of texture and sudden near-void of notes hanging in the air.�

“This historically informed performance will certainly please the purists who prefer their cantatas in an unadulterated form, played on original instruments as though freshly sprung from the mind of the composer. This performance is spare and delicate rather than passionate, partly because the cantatas’ tight composition leaves little room for individuality and personal expression. In keeping with their devotional spirit, the singing is serious, smooth (particularly Rickards’s), and straightforward.”

“The Texture of El Ni�o achieves a new kind of eloquence for Adams. The almost medieval harmonies assigned to a consort of countertenors from Paul Hillier’s Theatre of Voices�Daniel Bubeck, Brian Cummings, and Steven Rickards, all exceptionally mellifluous and wonderfully pristine in projection, �lends a serene, other-worldly quality to much of the work.”

“A trio of excellent countertenors �Daniel Bubeck, Brian Cummings, and Steven Rickards�both narrate and take part in the in action as the Three Wise Men.”

“Adding to the authentic touch was the timbre of countertenor Steven Rickards, who made an arresting narrator (Historicus). He performed his recitatives with agility and remarkably pure penetrating tone.”

“Rickards’ voice is of the same type as the pioneer of the 20th-century, Alfred Deller, but reaps all the benefits of a generation later, of Deller’s and others research and experience. Rickards strong straight voice is warm, open, and excellently supported, with no hint of his predecessor’s somewhat hooty quality, and as perfectly on pitch as that of (Ellen) Hargis.”

John Dowland:“Flow my Tears” and other Lute Songs

“This disc is an unalloyed delight. Steven Rickards’s flexible and limpid voice seems to me just right for Dowland’s highly expressive songs, and he receives admirable support from lutenist Dorothy Linell. Nineteen lute songs are interspersed with seven solo lute pieces. The selection could hardly be better: a good range of the popular songs, “Come again,” “Flow my tears,” “Me, me, and none but me,” “Now, oh now” and “Fine knacks for ladies,” as well as some wonderful songs that aren’t quite so well known: “In darkness let me dwell,” “Come, heavy sleep” and my own favourite, “Time stands still”. Dorothy Linell’s lute solos are, for the most part, not by Dowland, but include several anonymous pieces, as well as Francis Cutting�s divisions on Greensleeves. They do a good job of lightening the predominately dark tone of Dowland’s songs. Given Naxos’s unbeatable -, I’d say go right out and buy this one!”

“Countertenor Steven Rickards brought crystal-clear diction, intelligent musicianship, and a lovely pure falsetto tone to his solo work. He was mesmerizing in all his numbers. His expertise in Baroque performance was evident in the frequent and sometimes elaborate ornaments he added to his recitatives and arias.”

“Four superb soloists contributed to the success of the presentation. Countertenor Steven Rickards was the most effective. His voice is a striking instrument, which gave a deeply moving impact to the segments “He was despised,” “O thou that tellest good tidings to Zion,” and “He shall feed his flock.” His singing was also marked by a deep sense of involvement with the texts.”

“The quality that deserves attention is superbly Rickards takes words and tunes and fashions them into emotionally meaningful moments. Inflection and a slight gesture or two, at the hands of such a superb vocalist, generate degrees of rare visual imagery, sublime and auditory excitement. The audience seemed to hang on to every word, fully captive to his lyrical voice, meaningful delivery, and thoroughly delightful commentary.”

Bach’s Mass in B Minor, The Bach Ensemble, Perth, Australia

“And with unfailing bouyancy of momentum (and where appropriate, of mood) and gratifying liner and harmonic clarity, one was exposed more often than not to a euphoric listening experience, as gratifying as it is rare.� This was especially so in relation to countertenor Steven Rickards, whose pure-toned account of Qui Sedes was beyond reproach, singing in which the soloist took up an interpretative stance at the emotional epicentre of the aria.”

“The clouds opened and the angels sang, however, whenever countertenor Steven Rickards opened his mouth. “Glorious” was the word most often heard afterward.”

“But what made the music seem to rise to a new dimension were the performances of Ms. Turocy, as Terpsichore, and Steven Rickards, the countertenor who sang in the register alto castrato. Mr. Rickards made a magnificent Apollo-panniered, plumed, powdered and glittering in gold. His rich serene voice perfectly matched his outrageous exterior. With one hand on an orb and the other floating in the air at his chest, he bobbled sweetly on golden heels and opened his mouth to float exquisitely modeled sounds.

“Gayle Johnson, director of the festival, led Capriole in “Odes to Life and Death,” pieces written by Purcell for Queen Mary’s birthdays and at her death. Countertenors Derek Lee Ragin and Steven Rickards excelled in florid songs and duets. The small group of instruments provided support and contrast. John Blow’sOde on the Death of Mr. Henry Purcell was a fitting close to the program, the sections of which displayed Capriol’s multiple talents and were an appropriate reflection of Purcell’s own many-sided musical personality.”

“In place of a female alto, countertenor Steven Rickards made a splendid impression, affording the coloratura passages plenty of dramatic punch (and none of the hootines sometimes associated with this voice type) as well as tenderness when Handel becomes reflective.”

An Afternoon With Mr. Henry Purcell, Ensemble Ouabache, Indianapolis, IN

“Ensemble Ouabache got the jump on composer anniversary celebrations for 1995 with a charming program called An Afternoon With Mr. Henry Purcell�.

This celebration was in expert hands here: Ensemble Ouabache has cultivated the field of Baroque music for many years, and its guest, Steven Rickards is among today’s most accomplished artists in his voice category�the countertenor, or male alto�

The singer displayed his impeccable technique in the florid long lines of Purcell’s Sweeter Than Roses. And his fine diction helped convey the meaning of the slightly risqu� Scots air Cold and Raw, a hit with Queen Mary.”

“Rickards revealed a dulcet, flexible instrument in his “Qui Sedes,” with Stephen Hammer on oboe d’amore, and a melting “Agnus Dei.”

“The concert was highlighted by the presence of two of the most outstanding countertenors in the music world, Derek Lee Ragin and Steven Rickards. Combined with Capriole’s outstanding instrumentalists and unerring sense of musical right, the program was as fine as you could want.”

” The only truly embracing moment came from the brief but beautiful contribution made by Steven Rickards, guest countertenor, in the Psalm 23 section. Given his pure focused tone and delivery, it’s not surprising that his acclaim is international. His participation in this program was a treat.”

“With his pleasing timbre, clarity of projection and keen response to the words and music, Rickards again impressed as one of the ablest countertenors around.”

“Steven Rickards has one of the finest countertenor voices I have heard, and he outsings his other male counterparts in the alto arias. He is spectacular both in range and power.”

“Steven Rickards was a standout. His unique, plaintive vocal timbre and superb musicianship were the essence of great singing.”

“With his pleasing timbre, clarity of projection and keen response to words and music, Rickards again impressed as one of the ablest countertenors around.” 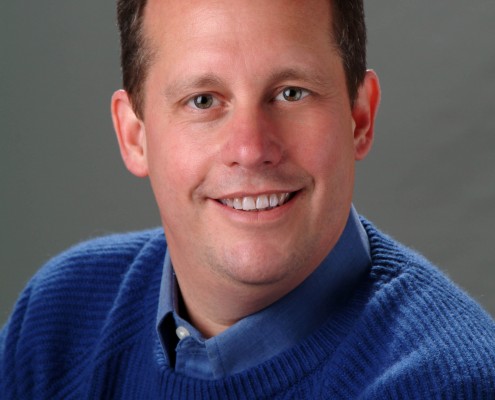 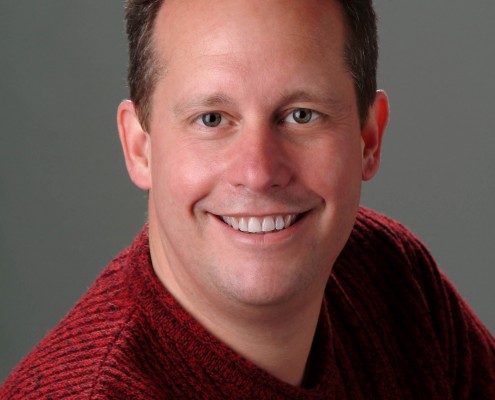 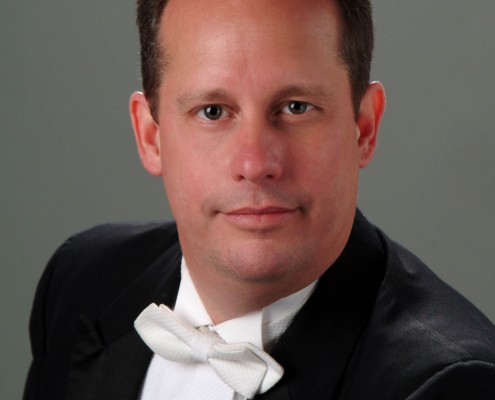 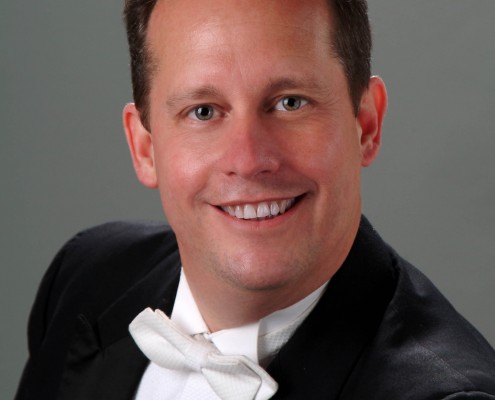 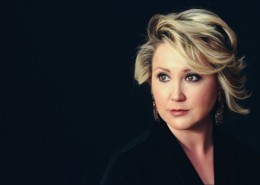 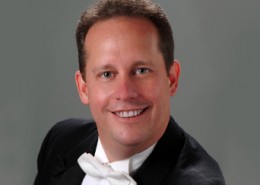 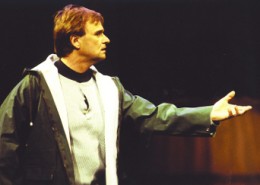