Russian-born conductor Thomas Sanderling is closely associated with the music of Dmitry Shostakovich. He has conducted a mixture of orchestras worldwide, generally to critical acclaim, and made a number of successful recordings. He has developed an equally respected reputation in opera, particularly for performances in the most important operatic centers in Germany, Austria, and Scandinavia. Despite his identity with Shostakovich, his repertory is broad, encompassing Mozart, Beethoven, Brahms, Wagner, and Dvorak, as well as moderns like Karl Weigl and Americans Menotti, Barber, and Tobias Picker.

Sanderling was born in Leningrad on October 2, 1942. His father, conductor Kurt Sanderling, was forced to flee Germany in 1936. Young Thomas studied first at the Leningrad Conservatory, then at the Hochschule für Musik in East Berlin. His first important post came at 24, when he was appointed director of the Halle Opera. Throughout his early career, he centered his activity mostly in East Berlin, often leading orchestras in Dresden and Leipzig.

In the 1970s he developed a friendship with the declining Shostakovich, who presented Sanderling with scores to his Thirteenth and Fourteenth symphonies. Sanderling later led the German premieres of those controversial works.

After serving as guest conductor at the Berlin Staakskapelle (1978-1983), he began conducting in Western European opera houses, notably at the Vienna State Opera, Deutsche Oper in Berlin, the Royal Danish Opera, and Finnish National Opera. Now he also began branching out in his orchestral activity, conducting orchestras throughout Europe and the United States.

In 1992 he was appointed music director of Japan’s Osaka Symphony Orchestra. Sanderling’s reputation grew as the new century approached, especially from critically successful recordings like his Mahler Sixth Symphony on the Real Sound label, and the complete symphonies of Alberic Magnard, released in 1999-2000 on BIS Records. Sanderling’s success in the recording studio continued with the acclaimed Chandos issue in 2000 of works by contemporary American composer Steve Gerber, and in 2002 with a recording of the Karl Weigl Symphony No. 5 on BIS, which received a Cannes Classical Award in 2003, the conductor’s second.

In 2004 Sanderling accepted the post of principal guest conductor of the Russian National Philharmonic Orchestra. He was active in several festivals honoring Shostakovich in 2006, and among his later recordings was a 2006 DG release of the rarely performed Shostakovich work The Tale of the Priest and His Servant, Balda.

In 2007, he conducted with the MDR Symphony Orchestra and the Philharmonie and also managed to record the complete works of Taneyev for Naxos.

“Thomas Sanderling’s strong sense of the compositions of Shostakovich is more than evident. Together with the Helsinki Philharmonic Orchestra, he creates a truly sensational reading of the works: the melancholy and gloom retained, without being too heavy on your heart.”  Read full review here.

“Love is sung with rare poise, and Finley’s diction doesn’t disappoint. Remarkably, the more I listened the more these sometimes impersonal lines seemed to divulge. That goes for the orchestral contribution as well; the Helsinki Philharmonic are in peak form and Sanderling paces the music with great care and a keen ear for the composer’s oft soul-piercing sonorities. The ache of Separation has seldom been so keenly felt, or the lover’s ‘cries, sighs and sobs’ so movingly voiced. In Wrath the music licks and snicks like a wealing whip, and Finley sings with a controlled yet terrifying fury. In texts that can so easily be over-emoted he always balances dramatic conviction with a lieder singer’s feel for line and phrase.” Read full review here.

Thomas Sanderling proves gifted Shostakovich interpreter who is able to delve into the emotional depths of this music. Sanderling is a conductor that requires no effects and has no need to attract attention through spectacular sound staging. Rather, he is a master of subtle tones. And this makes it sound with an intensity that you get goose bumps.

Sanderling conducts with evident glee, and offers a major bonus in the form of the Eight Waltzes from film music.

Thomas Sanderling has a sense of the compositions of Shostakovich is more than evident.  Together with the Helsinki Philharmonic Orchestra, he creates a truly sensational reading of the works:  the melancholy and gloom retained, without being too heavy on your heart pressures.

“Gerald Finley, always an intelligent and rewarding singer, has produced something rather special here. In the last year of his life, Shostakovich turned to the beautiful, philosophical poetry of Michelangelo and set a valedictory self-portrait in song, symphonic in its ambition. He used a Russian translation, but Finley, who studied medieval Italian, has fashioned an authentic text to work with Shostakovich’s music. The result, under the careful direction of Thomas Sanderling, is both moving and profound, with Finley at his warm and sinuous best. And there is more revelation in the Six Romances on Verses by English Poets. A manuscript version for full orchestra, thought to be lost in the 1940s but miraculously rediscovered, glows here in all its somber glory.”

“On the podium, Thomas Sanderling was as valuable for his theatre experience (to perform Kodaly’s suite from Hary Janos) as for the personal authority that he brought to Shostakovitch later on…The conductor’s connections – and those of his father, the legendary Kurt Sanderling – with Shostakovich must have inspired the players because, right from the beginning, there was an authentic and uneasy desolation… A feeling of quite suspense and ultimately terror showed in this surprisingly mature account, and with such full-bodied strings no allowances needed to be made….Rightly, the slow movement became the emotional heart of the work, but the movements on either side were ferociously driven and utterly compelling.”

“Guided by the serious temperament of the music, his performances here brought out the muscle in Brahms. There was a toughness to these interpretations, securing the structure of the works with a firm foundation and framework. His pacings were measured, with a corresponding attention to detail and texture that gave the music a vibrancy, while at the same time allowing for the more mellifluous, melodically expressive facets of Brahms’s writing. There was above all a sense of reason and a sureness of purpose to his conducting.”

“The concert was conducted by Thomas Sanderling , standing in at short notice… it’s a gestural language that produces a powerful result. Things went extremely well in the Symphony No.1, where phrases were sculpted out of the granite rock of the first movement, shaped with richly Romantic passion in the slow movement, and built to a thrilling climax in the finale. I also liked the way the reed instruments were incisively articulated: Sanderling may have had a full body of strings, but he knew better than to allow them to swamp the winds…. the loving care and finesse lavished on the symphony.”

“There was above all a sense of reason and a sureness of purpose to his conducting.”

“… it’s a gestural language that produces a powerful result.” 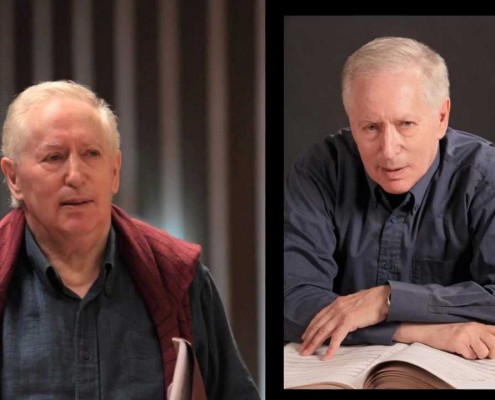 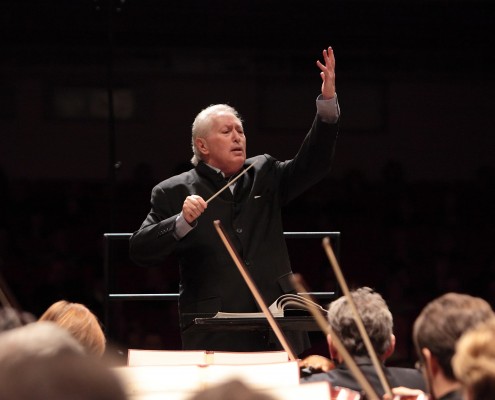 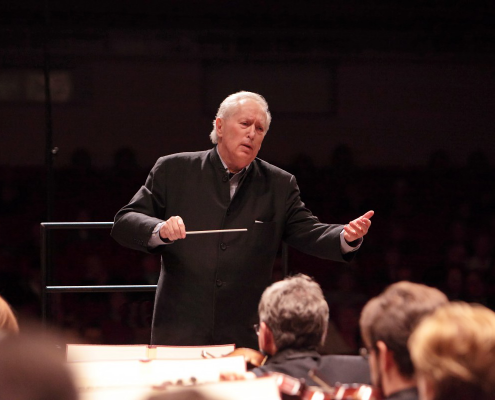 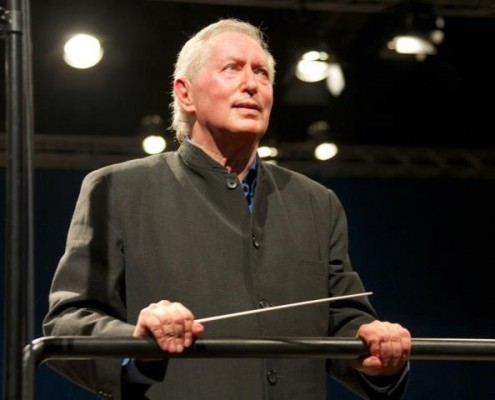 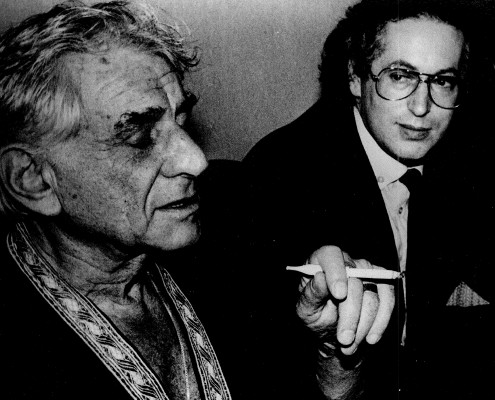 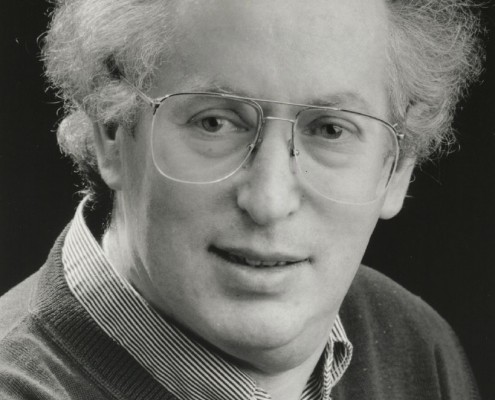 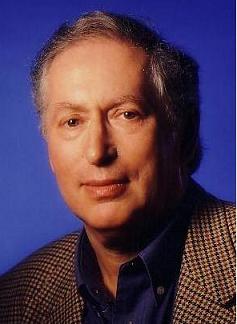 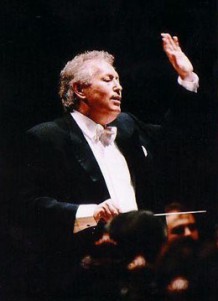