Tsuyoshi Tsutsumi, an artist who can “add something akin to a spiritual quality (The Herald Times)” to the music, is one of the most notable musicians of his generation and respected mentors of cello performance.  Since the debut at the age of 12 with the Tokyo Philharmonic and winning the 1963 International Casals Competition in Budapest, Tsutsumi has performed with the renowned orchestras such as the ORTF, the Berlin Radio Symphony, the Concertgebouw, the Rotterdam, Munich and Warsaw philharmonics and the Chicago, Indianapolis and Vancouver symphonies.  One of the most impressive appearances with many great conductors was a concert telecast worldwide at the United Nations with the Toho Gakuen Orchestra conducted by Seiji Ozawa.  He is also a champion of premiering new music by Japanese composers, such as Toru Takemitsu, Akira Miyoshi, Toshiro Mayuzumi, just naming a few.  Touring the globe as soloist, he also busies himself as an educator, leading master classes in US, France, Netherlands, Canada, Taiwan and other Asian countries.  After the almost 20 year tenure as Faculty of the Indiana University, he contributed to his Alma Mater, Toho Gakuen School of Music as President for nine years.  He is now Music Director of Kirishima International Music Festival(2000-) and President of Suntory Hall(2007-).

He is a recipient of National Academy of Arts Prize in music by the Emperor, Japan’s Medal with Purple Ribbon, the highest honor in Japan and awarded Person of Cultural Merit in 2013. He has been a member of the Japan Art Academy since 2009.

“Nature was more deferential during Mr. Tsutsumi’s Bach performance, the cool overcast afternoon affording plenty of atmosphere and little distraction. Mr. Tsutsumi’s accounts were thoughtfully conservative in their adherence to mainstream tradition, in the sense that he kept clear of interpretive eccentricity, but clearly did not regard Bach’s notation as a straitjacket.

Like most cellists these days, he proceeded from the view that Bach’s scoring embodies sufficient ornamentation, that adding much more would do violence to the music. So although he was scrupulous in his observance of repeats, including da capo readings of the Minuets, Bourees and Gavottes, his embellishments were comparatively few, and confined to modest rills and turns at section ending. There was considerable subtlety here, though: each ornament seemed chosen to suit the context.

Mr. Tsutsumi’s approach to rubato was equally judicious, but he used it particularly expressively in the Preludes of the Fourth and Sixth Suites, where it brought a measure of suppleness to the music’s repeated rhythmic patterns. And although he toyed with dynamics only sparingly, when he did so – in the Sixth Suite’s first Gavotte, most notably – the novelty was particularly effective.

More broadly, Mr. Tsutsumi found and magnified the traits that give the suites their independent character, and after establishing those qualities in each of the Preludes, he maintained them consistently through the dance movements that follow. The Fourth, which opened the concert, was a picture of regal grace. In the Second, which held the central place on the program, he focused more on the virtuosic demands of the music. making the most of its implied counterpoint and choral passages.

And the Sixth, not unexpectedly, was offered as the culmination of the set, with the regal qualities of the Fourth transformed into grandeur – the Prelude, after all, has a more monumental quality – and the virtuosity of the Second given a more pointed edge. Mr. Tsutsumi’s technique and sound were equal to the task, and the several hundred people on hand were rightfully as dazzled by the performance as by the music itself.”

A twice-delayed concert finally took place Sunday evening in Recital Hall when Tsuyoshi Tsutsumi parlayed the playing of Benjamin Britten’s Three Suites for Cello in to an event of significance.

The composer wrote these severe and severely difficult pieces for Mstislav Rostropovich between 1964 and 1972. But for the line-up of the stars, they could have been written for Tsutsumi who invested them with all the necessary technical skill and managed also, in the process, to add something akin to a spiritual quality.

The suites, though intended for Rostropovich, must have been inspired by Bach and his unaccompanied suites for cello. They don’t always reach that level musically, but in the concluding Andante and Ciaccona movements of the Second Suite and much of the Third Suite, Britten’s level of invention far surpassed the merely technical. Tsutsumi certainly found that quality of the beyond. He seemed to reveal in the scattered-about lyrical interludes, in the skips and jumps so reminiscent of moments from the Britten operas, and in an aura created as much by the performer as by the composer.

The performance and the preparation that preceded it had to be a labor of love. Just the fear of memorizing the suites, often so abstract in content, was noteworthy. Yes, Tsutsumi brought out a score for the final two suites, but they were nothing more than a prop or in -case-of-trouble crutch. The cellist, however, never looked at the music. Instead, he looked inward, caught up in the task. He had mastered all the hurdles and tricks. He had gone beyond them and discovered a poetry evident and available only to a superbly gifted and project-driven artist.

Tsutsumi’s achievement was rewarded with a standing ovation. The cellist responded with characteristic reticence, humble bows, and smiles, the last named in part, perhaps, for having accomplished what he did, a deed sufficient to inspire awe.”

“Tsuyoshi Tsutsumi has turned hunter. He’s been hunting repertory. His Friday evening program at Recital Hall of 20th century works for cello more than suggests he not only hunts but finds.

His was a thrilling recital and, for the listener, a voyage of discovery. It was also proof of how non-mechanical, how variable, how immersing contemporary music can be, particularly if performed by a Tsutsumi who knows so well how to bring music out of music, how to bring a score to life emotionally as well as technically.

The technical seemed all in place Friday, no matter how demanding the material. But in each piece Tsutsumi found the pulse. He located the composer’s voice  and then enriched it with the lush voice of his own instrument…

Crumb’s Sonata for Solo Cello is an early piece, written in 1955 when the composer had not yet completed his studies. He won a prize with it. And it is a prize, a work at times feverish, at other times insinuating, and almost at all times designed to test the limits of cello and cellist. Amidst the strenuous acrobatics, the cellist is given a theme almost Hebraic in nature, fervently devotional, sweet and sweeping. Tsutsumi’s ardent way with the cello and the instrument’s rich tone complemented the piece and completed it.

The Suite for Solo Cello by Cassado tests limits, too, but quite differently. The Spanish Cassado was a renowned cellist and, as composer, a late Romantic. There is flamenco in his music. There is the Mediterranean in his music. There is sunshine. There is moonlight. There is sensuality. There is melody. Tsutsumi displayed brilliant finger work to achieve all the necessary effects. He caught the dance, the play, the joy. The suite’s conclusion was performed with mischievous abandon. Listeners roared at its conclusion, and rightly so. The music is delightful. Tsutsumi played it marvelously.

The Cassado finished the program. Donald Steven’s Illusions for Cello (1971) opened it. Here is astringent, lonely, sad music to which Tsutsumi gave a quality of darkness and distance. His attacks were from the first moments forceful. The sounds from his cello were clean and full, even beautiful though the music isn’t.

Marc-Antonio Consoli’s San Parole I for Cello (1983) sounded, as Tsutsumi played it, like 20th century Bach. The textured, almost of an orchestral depth, and the vigorous thrusts of musical line remind one of Bach’s sonatas for unaccompanied cello. The soloist performed with passion. The throbs of his instrument, the exhilarating slides gave Consoli’s piece a feel both old and new.”

“Those fortunate to have been present for previous appearances of cellist Tsuyoshi Tsutsumi will know what to expect from this consummate artist: glorious, singing tone combined with musicianship of a very high order indeed. Nor were we disappointed. Boccherini’s Cello Concerto in B flat, Ge.482, is hardly the most profound work in the literature, although Tsutsumi could almost convince us otherwise; the outer movements are obvious vehicles for the soloist to display his virtuosity – the first, in particular, features some truly stratospheric double-stopping – but Tsutsumi invested them with a grace and expressiveness all his own. The rapt adagio was quite other-worldly, especially the soloist’s initial entry, emerging almost imperceptibly from the accompaniment. In the opening allegro, there was initially a certain lack of ensemble, with McCoppin’s beat not quite synchronized with Tsutsumi’s decidely inauthentic, albeit glorious, rubato, and the orchestral accompaniment throughout had a certain anonymity, but we can probably lay the blame for that at the door of the composer. After the interval, Tsutsumi returned for a deeply moving account of Dvorak’s Waldesruhe, Op.68 No.5, in which the VSO wind section provided colorful support.”

“Tsutsumi took every section in a fashion that displayed virtuosity of the highest order. His artistry was evident in various phases of the piece, ranging from lilting lyricist to sardonic irony, moody introspection to playful fantasy.”

“The cellist never looked at the music. Instead, he looked inward, caught up in the task. He had mastered all the hurdles and tricks. He had gone beyond them and discovered a poetry evident and available only to a superbly gifted and project-driven artist.”

“His was a thrilling recital and, for the listener, a voyage of discovery.”

“Tsutsumi took every section in a fashion that displayed virtuosity of the highest order. His artistry was evident in various phases of the piece, ranging from lilting lyricist to sardonic irony, moody introspection to playful fantasy.”

“Those fortunate to have been present for previous appearances of cellist Tsuyoshi Tsutsumi will know what to expect from this consummate artist: glorious, singing tone combined with musicianship of a very high order indeed. “ 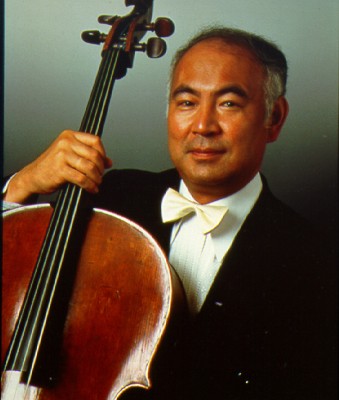 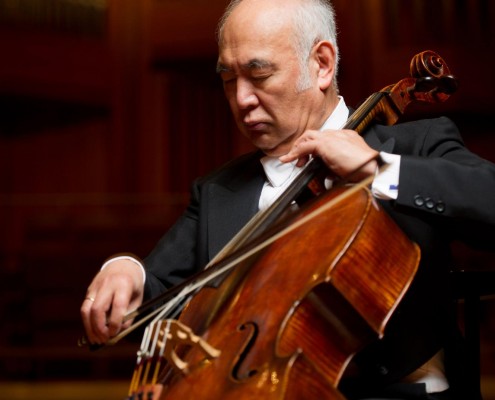 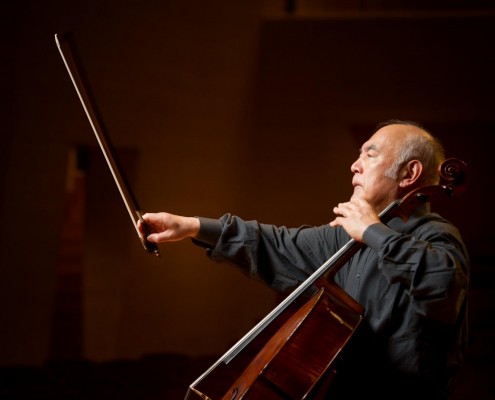 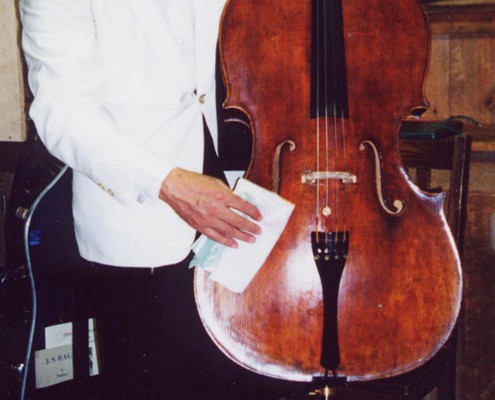 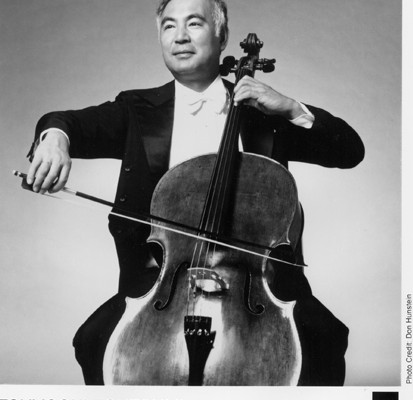 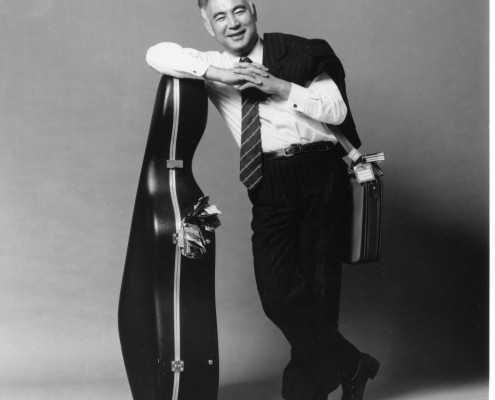 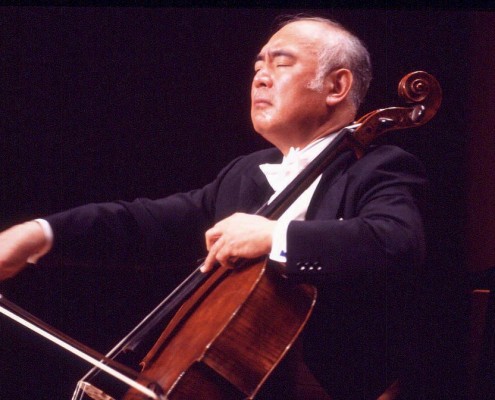 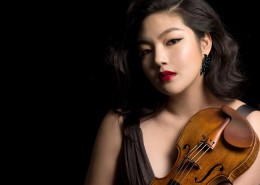 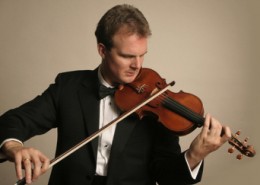 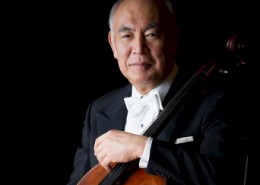 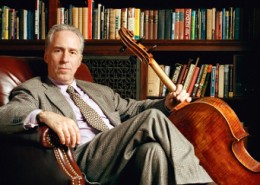