Yaacov Bergman has received consistent rave notices for his interpretations of a highly varied repertoire, and has been acclaimed world-wide as an intensely communicative musician.

Maestro Bergman is currently Music Director/Conductor of the Portland Chamber Orchestra, the  Walla Walla Symphony, the Siletz Bay Music Festival in Lincoln City OR and the McCall SummerFest, ID. He is the former Music Director of the Colorado Springs Symphony, The New York Heritage Symphony, and the 92nd St. Y Orchestra in New York City. His versatility has led to frequent guest appearances across the globe conducting the symphonic, operatic, oratorio, balletic and pops repertoires.

Maestro Bergman’s interest in new music and multi-arts concepts is reflected in his programming of many new works. Under his leadership, the Portland Chamber Orchestra developed its distinctive timbre and a new focus on a fusion of art forms, while bringing to audiences World, American and Northwest Premieres. Willamette Week’s annual Finder edition called the PCO “The Most Ambitious Arts Organization in Portland” and, “Punching way above its weight, under Music Director Yaacov Bergman, PCO has lately been the city’s most innovative orchestra, combining music with visual arts, poetry, theater, even science and sex.”

Maestro Bergman recently guest conducted the Denver Symphony in a collaborative production with Colorado Central Opera and Ballet, a tour with Israel’s Natanya-Kibbutz Orchestra, the New Russia State Philharmonic at Moscow’s Tchaikovsky Hall and the Belarusian State Chamber Orchestra in Minsk. Other collaborative ventures include annual productions with Oregon’s Eugene Ballet Company and the Walla Walla Symphony, and the Portland Festival Ballet Company and the PCO.

Past guest conducting includes the Buffalo Philharmonic, the San Diego Symphony, the Philippine Philharmonic, and the Vancouver, Edmonton and Kitchener-Waterloo Symphonies in Canada. He has also appeared with the Vienna Radio Symphony Orchestra, the Brooklyn Philharmonic and Manhattan Philharmonic at Carnegie Hall, the West Virginia Symphony, the Osaka Symphonica and has had repeat appearances with the Lodz Philharmonic and Opera Company and Bydgoszcz Philharmonic in Poland. Maestro Bergman conducted a series of successful symphonic concerts in Cairo, Egypt as the first American/Israeli conductor to appear in an Arab republic.

Born in Israel, Yaacov Bergman’s early musical training began with violin and vocal studies, but he soon expressed an avid interest in composing and conducting. After graduation from the Rubin Academy of the Hebrew University, Jerusalem, with majors in conducting and composition, he completed post-graduate studies at the Mannes College of Music in New York as a student of Richard Westenburg. He pursued further conducting studies under the guidance of Charles Bruck, a disciple of Pierre Monteux, as well as private study under Leonard Bernstein. In 1998 he was the recipient of an Honorary Doctorate from Colorado Technical University.

“Yaacov Bergman, the orchestra’s music director, led all this with vigor and conviction.”

– Will Crutchfield on Paul Ben-Haim ‘s Myrtle Blossoms From Eden, Ernest Bloch’s Concerto Grosso No. 1, and Leonard Bernstein’s Jeremiah Symphony with the Heritage Chamber Orchestra for The New York Times

“Conductor Yaacov Bergman led the orchestra in seamless and sensitive accompaniment, with exceptionally astute shaping of phrases. This ensemble has never sounded so good. ”

– James McQuillen on Mozart’s Symphony No. 29 and Violin Concerto No. 3 with the Portland Chamber Orchestra for The Oregonian (read full review here)

“A’ Messiah’ of strength and splendor…sturdy, strong and stirring … Bergman conducted with a lot of authority, a firm control over sudden attacks, and a decided flair for pointing up this masterpiece’s dramatic qualities.”

– Buffalo News on Handel’s Messiah with the Buffalo Philharmonic

“The performance [Yaacov Bergman] wrung from the orchestra of Nielsen’s Fourth Symphony was nothing short of magnificent – a sonic cavalcade of passion, depth and excitement…Bergman was sensitive to all of it – not simply the details, but in the grand architecture as well.”

– Edmonton Journal on Carl Nielsen’s Symphony No. 4, Op 29 with the Edmonton Symphony

“It was obvious that the players enjoyed and respected Bergman’s musicianship from their quick response to his demand for more expression and greater dynamic contrast…Bergman and the Redlands Symphony pulled out all the stops in bringing this piece and the entire concert to a magnificent end. ”
– Redlands Daily Facts on Antonín Dvořák’s Scherzo Capricioso and Dmitri Shostakovich’s Symphony No. 5 with the Redlands Symphony (read more quotes here)

“Bergman uses gestures so clear, so efficient, so distinct, so convincing and pliant that under such leadership it is impossible to play badly… Leaving the hall, every one of us dreamed about another encounter with Yaacov Bergman’s artistry.”

“Any piece of music by the composer who created the Requiem or The Magic Flute is important. What is more important here is that the conductor juxtaposed small as well as large forms, religious as well as secular, vocal as well as instrumental. In the Coronation Mass, Maestro Bergman brought the work to life in a very dynamic fashion with great clarity and a fine baton technique…The program also offered the Haffner Symphony, and here the conductor sketched the work with genuine flair and great vitality”

– The Lodz News on Mozart’s Symphony No. 35 in D major and Mozart’s Coronation Mass with the Arthur Rubinstein Philharmonic

“Truly, the musicians were greatly inspired in their playing, and evidently, the source of such a moving inspiration was the conductor himself, Yaacov Bergman. I doff my hat to this venerable maestro who made the orchestra sound superb. ”

– Manila Chronicle on an all Wagner concert with Phillippine Orchestra

”It was evident that, given a good conductor and good supervision, the Philippine Orchestra can actually give a world-class performance. From the Tannhauser Overture, to excerpts from Tristan und Isolde and Siegfried Idyll, to the immensely moving ‘Immolation Scene, ‘ the PYO rose to the challenge of the conductor… The response to the ‘Immolation Scene’ from Gotterdammerung was so ecstatic, that soloist Linda Kelm and conductor Yaacov Bergman acceded to the clamor for an encore and repeated the same demanding excerpt.”

“Be assured that this was the most moving concert of the year, and much of the applause should be given to Maestro Bergman. Somehow he drove the orchestra to an inevitability of Wagnerian dimensions….In ‘Siegfried Idyll’ he conveyed love and tenderness, and in the Liebestod’ Bergman imbued the orchestra with tragic desperation…This was Wagnerian playing at its best. Bravo, Maestro Bergman!”

“The effects realized by Bergman and the PPO were clear and honest to the score (Grofe ~ Grand Canyon Suite)…All works were delivered with Bergman’s meticulous, meritorious cueing.”

“Under Bergman’s baton, the Symphony has reached a new level of musical integrity. Bergman has it playing in perfect balance and tune, responding to each cue and exhortation with confidence and artistry. The breadth and the depth of the repertoire is remarkable, making each performance a new exciting experience. The listener is struck by Bergman’s precision and clarity, and his skillful conducting.”

“The performance of Mozart’s Requiem this weekend by the Colorado Springs Symphony under Yaacov Bergman proves that a classical masterpiece can also be an edge-of your-seat affair. Mozart’s final, unfinished masterpiece was given a thrilling interpretation that combined intelligence with white-hot emotion.”

“Bergman’s conducting made the piece unfold compellingly. The march that erupts barely two minutes into the piece – most performances make it sound as surprising as it is, but give no connection with the rest of the piece. Bergman not only gave it a delightful snap, but made its motivic connection as a transition clear…Bergman s assurance with the work’s structural details made the final part a dazzler. The climactic antiphonal timpani duet seemed even more powerful since all of the motivic connections were displayed so clearly.”

“Bergman conducted the ‘Haffner’ Symphony from memory, giving each nuance special care. The Walla Walla Symphony Music Director worked his baton to get extreme rubato from the ensemble, a task which paid off.”

– Lincoln Star on Mozart’s Symphony No. 35 in D major with the Nebraska Chamber Orchestra

“The performance he wrung from the [Edmonton Symphony] was nothing short of magnificent – a sonic cavalcade of passion, depth and excitement.”

“Sturdy, strong and stirring … Bergman conducted with a lot of authority, a firm control over sudden attacks, and a decided flair for pointing up this masterpiece’s dramatic qualities.” 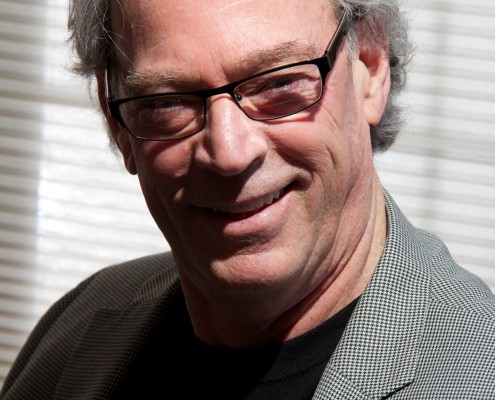 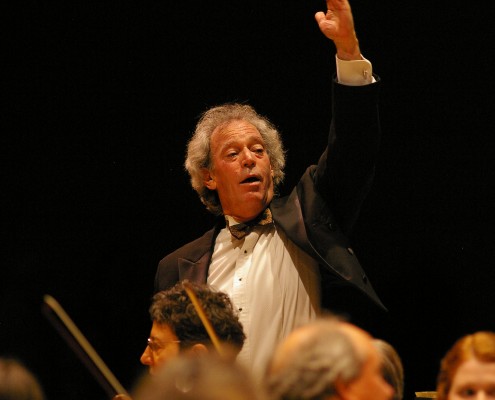 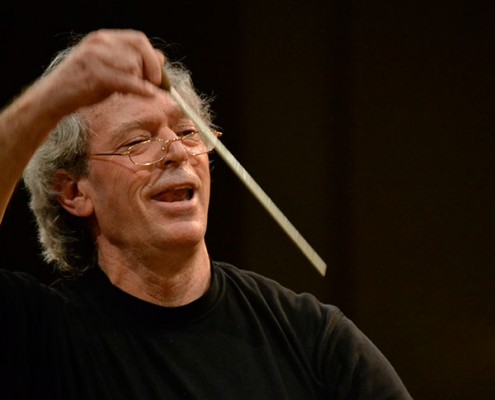 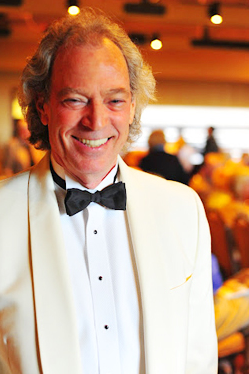 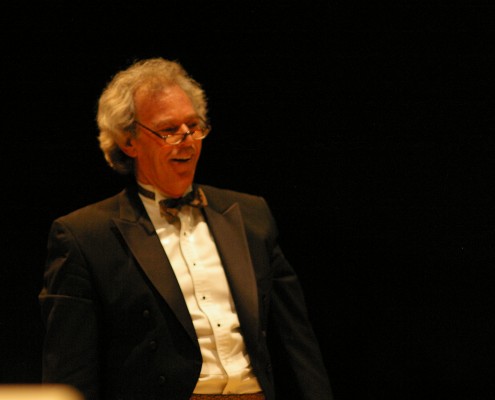 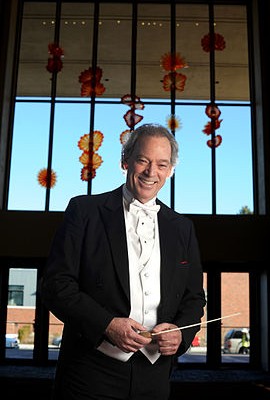 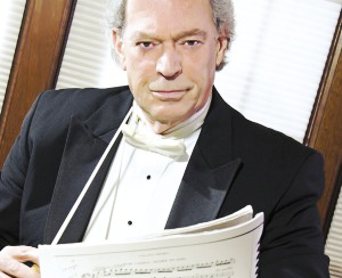 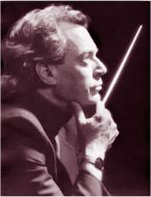 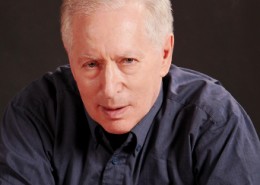 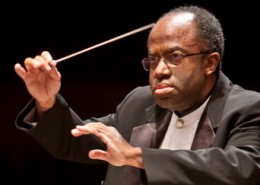 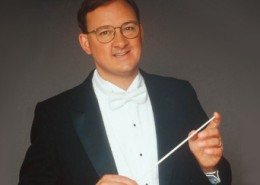 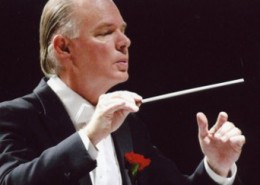